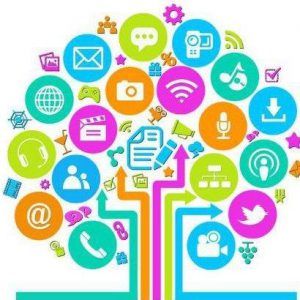 Laboratory was established in 2006 as the first Ukrainian scientific division that conducts a research on media culture of youth and adults. The Laboratory works on developing and implementing new methodologies and practices of media education in teaching and learning.

Our work is based on a theoretical-methodological base established by research on the Ukrainian informational sphere that was regularly conducted by ISPP since 1994 under the supervision by Director, NAES corresponding member Mykhola Slyusarevskyy.

Lyubov Naydonova – Head of Research and Development, Corresponding Member of the National Academy of Educational Sciences of Ukraine, Doctor of Psychological Sciences

The Concept of the Implementation of Media Education in Ukraine, approved by the Resolution of the Presidium of the National Academy of Educational Sciences of Ukraine on May 29, 2010, protocol No. 1-7/6-150 and new edition 2016.

All-Ukrainian Media Education Experiments for media educators and community developers, according to the orders of the Ministry of Education and Science “On conducting an all-Ukrainian Experiment on the Implementing of Media Education in the Educational Process of Educational Institutions” (Ministry of Education and Science orders No.886 of July 27, 2011) and “On conducting the all-Ukrainian experiment “Standardization of the full socio-psychological model for mass implementation of media education into national pedagogical practice” on the basis of educational institutions of Ukraine” No.1199 of August 18, 2017).

New media education elements were implemented into “State Standard of Basic Secondary Education” (Resolution of the Cabinet of Ministers of Ukraine No. 898 dated September 30, 2020), including critical thinking, analysis of media texts, reflective skills and and others.

Approved by the Presidium of the National Academy of Pedagogical Sciences of Ukraine on April 21, 2016

The handbook analyzes in detail the contradictory influence that the modern information space has on a person. The socio-psychological mechanisms of interaction between the producer and the consumer of information in the conditions of the Ukrainian media space, the advantages and dangers of watching cartoons by children, using the Internet, etc. are revealed. On the basis of the latest media psychological research, the real state of the media culture of Ukrainian youth is characterized. The experience of media education in other countries is summarized, a domestic model of media education and an experimental program of the “Media Culture” course for high school students are evidence suggested, and practical materials and methods are collected. The manual is intended for use by teachers as working material for preparing and conducting media education classes with senior secondary school students and organizing other forms of media education with children of different ages. It will be useful for teachers, psychologists, parents, and everyone who is interested in the issues of the psychology of mass communication and media education.

[collapse]
Media Psychology: the Principles of a Reflexive Approach. Textbook

The experimental textbook contains the necessary volume of information and methodical material for training teachers on the topics of psychological impact of modern media and reflexive methods of mastering the most acute challenges of the information society. Reflection is interpreted as a rethinking, that is, a restructuring of the system of meanings that combine the interaction of different subjects. Studying the course of media psychology based on a reflexive approach is considered as a necessary component of the development of a teacher’s media competence. The book can be useful to all specialists involved in the media education of children and youth, school psychologists, students of the postgraduate pedagogical education system, future journalists, as well as parents and a wide range of readers interested in understanding the psychological phenomena of the information space.

The dictionary is the first time book in Ukraine, which attempts to give an interpretation of the terms that have arosed in connection with the globalization processes of the development of the information society. The number and specificity of terms determined the structure of the dictionary. It consists of three sections: “Media Culture of the Individual and Society”, “Internet and Cyber Culture”, “Media Psychology and Media Education”, which combine the conceptual apparatuses of these branches of social life. It is intended primarily for teachers of school and university courses “Media Culture”, senior secondary school students, university students who study this course, as well as journalists, psychologists, wide circles of the pedagogical community.

The program consists of four content modules dedicated to media literacy, cyber culture, audiovisual and general information culture. The purpose of studying the “Media Culture” course in senior classes is to increase the resourcefulness of media practices, prevent media abuse, and promote the formation of mechanisms of self-regulation of interaction with the media. The program meets the age needs of high school students, takes into account the experience of testing in the all-Ukrainian experiment of the previous course for 10th graders, provides a high degree of variability at the discretion of the teacher, determining the key results of the course study. The implementation of the curriculum will contribute to the development of media culture of high school students, professional and civic self-determination, health preservation in stressful situations caused by media influences and life situations. Addressed to media educators, psychologists, parents; can be useful for students of pedagogical and psychological specialties, high school students, and all interested users. http://mediaosvita.org.ua/book/navchalna-programa-mediakultura/

Methodological and practical material is presented here for media educators, teachers, social educators, school psychologists, parents and all those who care about the future of the young generation in the new conditions of the information society.

The methodological recommendations of the course “Visual Media Culture: Development of Critical Thinking and Creative Perception” correspond to one of the modules of the program of the optional course for students of the 10th grade of general educational institutions “Media Culture”, created by the laboratory of psychology of mass media communication and media education of the Institute for Social and Political Psychology of the National Academy of Educational Sciences of Ukraine, and are aimed at optimizing the implementation and teaching media education courses on media culture and media literacy for senior secondary school students. The purpose of the methodological recommendations is to guide the work of media educators in the process of forming students’ visual media culture and developing their critical thinking and creative perception in the conditions of modern visual media reality.